The Secrets Of Flowers From History To Symbols 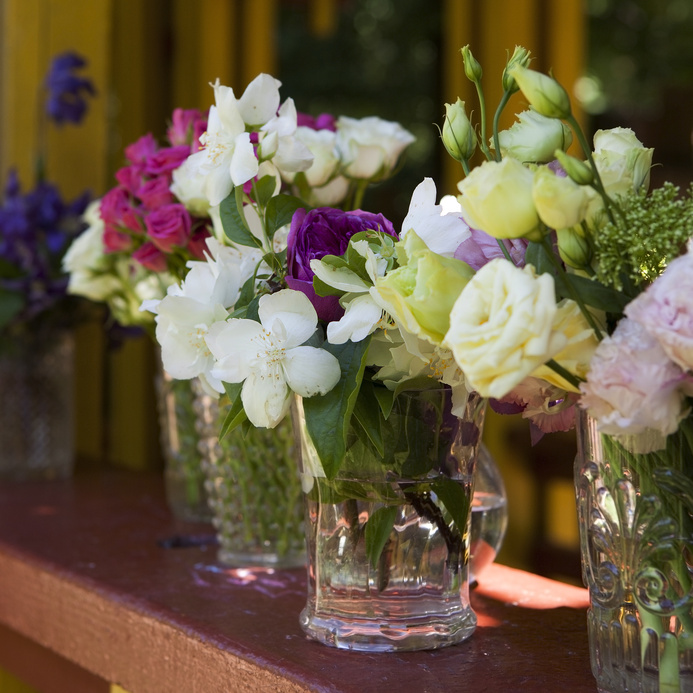 A rose is more than a rose — in fact, almost every kind of flower is probably more than it might seem. Flowers are among the few symbols that have lasted in society, holding as much significance today as they did centuries ago, if perhaps for different reasons. Some flowers are long-standing expressions of romance, winning hearts and commemorating special occasions like anniversaries. Others are used to decorate venues for special events, whether those events are weddings or going away parties, and much more. Sadly, flowers aren’t always used to denote happy events. Many send flowers to make the bereaved feel better; just as often, flowers are laid at gravesites to remember those lost. Certainly, there is a special language to flowers, and flower bouquets in particular. Even if you don’t believe in that language or understand it yourself, everyone can appreciate well-arranged flower bouquets for their color coordination and scents. This is why many choose professional florists to create their flower bouquets. After all, a florist knows that spring bouquets are far cries from fall bouquets, and that wedding bouquets need to send a special message about the bride and groom’s personalities. Furthermore, many florists also offer flower deliveries. Let’s look into the language of flowers and why we send them — so you too will understand why a flower is more than just a flower.

The History Of Flowers: From Art To Currency

Flowers have long been used a means of expressing what isn’t always easy to put into words: emotion. A flower that dates 3,000 years back is the Madonna lily, known for being white with yellow stamen. This lily is widely known in part because of its use in works of art. The reason why it’s called the Madonna lily is its association with the Virgin Mary. White lilies in general are known for their symbolism of the Virgin Mary’s purity. As time passed, flowers continued to be used as symbols in art, and became cultural symbols as well. 17th century Holland became heavily associated with tulips — in fact, the money made off of tulips was so great that Holland was said to afflicted with “tulip mania” or “tulip fever” in the 1630s. Rare and cultivated tulips were coveted and sold for high prices, and are still considered icons of Holland. Tulips were symbolic of immortality, life, and love. They were a sort of currency in that time, especially coveted as their lifespans would only last three to seven days.

The Secrets Of Flowers: Their Special Language

Flower bouquets — and single flowers — are about much more than simple gifts. There are many hidden meanings to flowers, and they differ throughout countries and cultures. Sending a yellow flower — and particularly a yellow rose — is customary when someone is sick. For many in America, red roses are symbolic of love and passion, particularly if they’re a dozen red roses given together. However, a single red rose held in the hand is also heavily associated with socialism or social democracy. In Russia, love is best expressed through red tulips. And when it comes to carnations, different colors send different messages. Red carnations are said to symbolize deep love; white carnations symbolize pure love; and yellow carnations symbolize dejection. Even if you don’t believe in the specific language of flowers, they still send a message.

The fact is that flowers are classic. They represent a lot of thought, and make people feel as if they’re special to the giver. In fact, 99% say that a person who gives flowers is thoughtful, and 89% say that givers of flowers are sophisticated. But it goes beyond the way flowers make you look — what matters is how the recipient feels. 86% say that receiving flowers makes them feel special, and 88% report that getting flowers instantly puts them in a better mood. Sometimes, it’s better to stick with the classic — and when it comes to flowers, that’s the case.