How Did the Diamond Become the Official Gemstone for Love and Romance? Marketing! 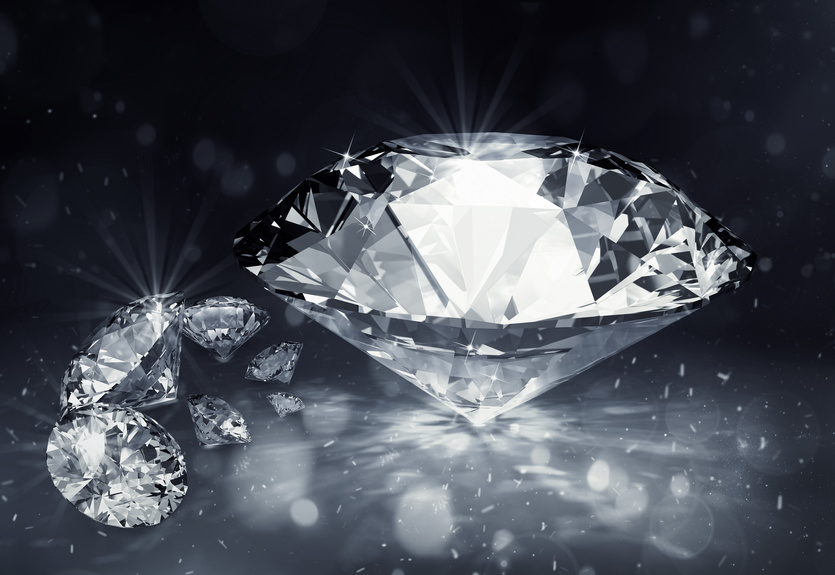 Diamonds are beautiful and very much in demand by jewelers and manufacturers around the planet. Globally, there are about ten million people who work for the diamond industry, directly and indirectly. They work for industries that range from retail stores to mining companies. In terms of jewelry sales, they have tripled over the course of the last quarter century. Now, diamond sales across the globe are worth about $72 billion each year. The average diamond jewelry buyer expects to pay $1,000 or more.

More than anything else that diamonds are used for, diamonds are connected to love and marriage. Engagement rings are placed on the ring ringer of the left hand because the vein that finger is said to lead directly to your heart. Engagement rings have been around for centuries. Some expert credit the Egyptians with starting the tradition and the custom was absolutely practiced during the early Roman empire.

Diamonds did not enter the picture until the late 1800s. Miners began finding large quantities of diamonds in South Africa in the late 1970s. The market was soon awash in the precious stones. They had gone from being extremely rare to being everywhere. This made diamond jewelry buyers across the globe happy but it was not necessarily great news for people who wanted to sell diamond jewelry. If you wanted to sell a diamond ring, the price you would get for it dropped, well, like a rock. Diamond mining companies felt they had to do something.

In 1888, a few of the South African mining companies came together to form De Beers Consolidated Mines, Ltd. The main result of this merger was the creation of a major diamond cartel that had the power to control the diamond market and control the flow of diamonds to the world. By restricting the number of diamonds that were available to diamond buyers, they could control the price. As you would expect, this sent the price for the precious gem back up.

While De Beers was successful at raising the price that diamond jewelry buyers would pay, they needed to find a way to create a sustainable market for diamonds and diamond jewelry. Enter some pretty brilliant marketing. In 1938, the company devised a marketing campaign that would change the way we view diamonds and engagement rings forever.

Diamond prices bottomed out during the Great Depression of the 1930s. There simply were not enough people around who could afford diamonds. By some strange twist of fast, engagement rings were falling out of favor at the same time. Younger people were no longer interested in buying them. De Beers hired the N.W. Ayer ad agency in 1938.

The first phase of the campaign to encourage people to buy more diamonds was to conduct marketing research. The second stage, launched in 1939, was to educate diamond jewelry buyers about what are called the “4 C’s.” These are clarity, color, carat and cut. In 1947, De Beers unveiled the slogan that is most often associated with diamonds. Few slogans have had the impact or staying power of, “A diamond is forever.” That phrase was written by copywriter Frances Gerety, who worked on the De Beers campaign for about 25 years.

The campaign to make people think they had to have diamonds was a multi-faceted one. It included traditional advertising but had the added elements of public relations. Celebrities were photographed wearing diamond rings and jewelry. The education of the public included getting the stones mentioned in a number of different editorial content around the country. The N.W. Ayers company found ways to have them mentioned and features in stories in magazines and newspapers all over the country.

The success of this ad campaign is as clear as can be. Before World War II, fewer than 10% of all engagement rings had diamonds in them. Now, most do. The De Beers campaign changed in the 1980s to include the phrase, “Isnandrsquo;t two monthsandrsquo; salary a small price to pay for something that lasts forever?”

When we think about diamonds today, it is nearly impossible to not think about engagement rings. If nothing else, this shows the power that a great marketing campaign can have on consumers.